What You Can Learn From Bad Writing 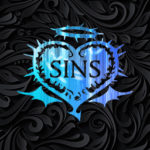 What You Can Learn From Bad Writing

A quick rant I realized would be better served as ‘what to do when you encounter poor writing.’ Learn. When you see something doesn’t work, problem solve it so the next project you have can benefit later. The best tool a writer can gain is self editing. Solving problems in other works helps you learn to look at your own work objectively and see what’s lacking.

So I watched this tonight with the bf. I don’t have a lot of time for reading, but I do have a few hours here and there to give to a movie. My main reason (outside of entertainment) is to learn as a writer. What I want to emulate and what I don’t. Here is what I learned from the failure of this movie.

(Disclaimer: I haven’t watched any other movies in the Oceans series. They never appealed. The idea of an all girl heist though did, plus the great cast, which just makes this all the more annoying.)

Things that work aren’t entertaining. Characters who get along aren’t entertaining. Movies without conflict about well off women who are bored being housewives or running their current successful business aren’t entertaining. You need the exaggeration, the contrast of rich and poverty. You need the drama. You need the conflict. You need the doubts and you need shit to go wrong. You need that one character who you’re certain is talking to the Feds but you can’t replace them because they’re essential, but wait, no, it was the other one and it wasn’t the Feds they were talking to, but your ex who tries to rob you with a bomb you manage to escape, but one of the other girls is caught in the explosion because life is fucking messy and shit goes wrong and if you were only a better person, less greedy, someone else wouldn’t have ended up dead.

You need humanity and its flaws, ugly and beautiful. A lab created diamond is flawless, and because of it, cheap as dirt. The real diamonds are identified and known by every flaw they hold. People are murdered by relatives to inherit these rocks. Entire communities are enslaved and left starving and in poverty while forced to mine diamonds even when we have so many already in the world, diamonds are fucking worthless and their circulation controlled to appear otherwise. Why? Because that’s humanity for you. Insane, impractical, driven by motivation and fear and self hate. Flawed and shiny.

Good stories are about people, not about plans. More so, it’s not the end (though the character should be driven to that goal and running from their fears and conflicts and sometimes fighting every damn step of the way) but the journey of how they get to the end that should be the focus. It bothers me that I keep finding lackluster storytelling among these beautiful sets, dazzling designs, and big named actors. Shouldn’t this shit be a given at this point? When did Hollywood forget how to write a solid story?

This entry was posted in Uncategorized. Bookmark the permalink.

Back to Top ↑
Ready To Sin? Join The Sadie Sins Newsletter And Get A Free Ebook.